They Fear Me Lyrics – Kodak Black: This song is from English Album Closure EP. They Fear Me Song lyrics written by Kodak Black and produced by KasimGotJuice. The Music video has been Released on 19th August 2022.

They Fear Me Song Details

They Fear Me Lyrics – Kodak Black

[Verse]
I’m thinkin’ ’bout quittin’ rappin’, tell the truth, I’m never happy
The politics come with the shit, be makin’ me feel like snappin’
They hidin’ all my music, so I don’t get too many views
I’m still doin’ my thing, but it don’t do what it used to do
They only show support to you in public, when it’s cool
So they hidin’ all they love for you in private
I keep it too real, they fear me, I want the world to hear me
I know Lil Boosie, Tory Lanez, and DaBaby feel me
They try to mute the real niggas who voicin’ they opinion
But I’m realer than the realest, so they gon’ have to take me serious
And if you don’t give me this Grammy, I’ma steal it
I’ve been nominated nine times, I’ma need me one of them bitches
Got Cardi B money, I could’ve did a song with Nicki
I missed out on a lot of opportunity, let’s get it
Bringin’ street shit in the business, every day another killin’
Meetin’ new niggas, but I can’t believe they livin’ how I’m livin’
So I don’t really be feelin’ ’em
I’ve been distant from my niggas, tryna get me together
They ain’t benefitin’ me, but they just want me to help em
Take my losses by myself, but when I’m winnin’, we winnin’
Can’t believe I made it out, they really want my position
It’s like the come-up was more funner, you can still hear the hunger
I still be hangin’ where I hung up, shootin’ dice in the gutter
‘Member beefin’ with my brothers in the same house, barely talked
I figured out, dawg, all we got is each other
Bringin’ pain to my mama and we already poor
Wonderin’ why we gotta struggle, evictions on the door
Lost a lot and lost some more, I got it bad
Gotta raise my children straight, but I ain’t never had a dad to learn from
I’m a baby with three babies, they got Ms in they savings
Why I gotta kill myself to make these people embrace me?
Rappers passin’ it, I’m busy doin’ calendars
Makin’ up for all the time I lost, so I’m sittin’ in the canister

This is the end of They Fear Me Lyrics – Kodak Black. If you find any mistake in the lyrics of this song, then let us known by filling the Contact Us form with correct Lyrics.

They Fear Me Video – Kodak Black 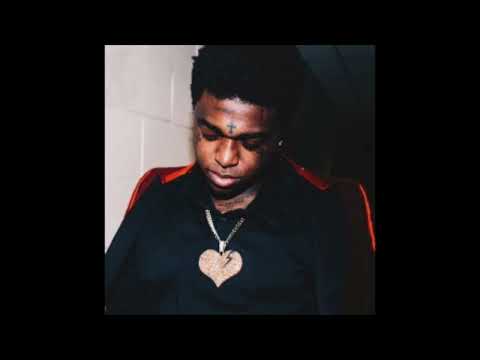 Who sang the song “They Fear Me”?

Who wrote the lyrics of the “They Fear Me” song?

“They Fear Me” is sung by “Kodak Black”.

Who gave the music for the “They Fear Me” song?

“Kodak Black” has written the lyrics for the song “They Fear Me”.

When was the song “They Fear Me” released?

“KasimGotJuice” has composed the music for the song “They Fear Me”.

What genre of “They Fear Me” song?