[Verse]
If she told once, she’ll do it twice, can’t make no mistakes
But she got me out, killin’ her make me look like a snake
Well, if I’m a snake and you a rat, bitch, you gon’ get ate
Rules to this shit that you can’t break, girl, that’s the price you pay
Tossed the body clean out the trunk, gun go in the lake
Drive to the woods, burn the clothes, ain’t no DNA
Still got her phone, text her mama like, “I know it’s late
But I’m gon’ be gone for a week, I’m headed to the A”
Now when she don’t hear from her, she ain’t gon’ think nothin’
Her daughter love street niggas, she know she out here fuckin’
And we don’t speak on the dead, so we gon’ switch the subject
It’s time to run a hundred miles per hour, to this money, nigga (Let’s get it)
Now I’m focused, I just got off the joint
A body ain’t shit, they raid savages on joy
I tossed my last strap, I gotta get another toy
Wipe the phone down, toss it, man, stop playin’, I’m on point
I pull up on my people, who I know be havin’ straps
He walk up, he like, “Damn, nigga, when you get back?”
I heard they gave you life and girlie turned to a rat
I’m like, “Yeah, bro, but you know can’t shit stop God’s plan, but look
Do you still got them blicks?” He like, “Shit, it is
Two on my hip, another four in the whip
I got pistols and sticks, bullets and extra clips
Just say what you need, I’ma go get that shit off the crib”
I’m like, “Somethin’ small, so you can’t see it when you wear the pistol
And somethin’ that can’t shoot”, he like, “Bro, you hear this nigga?
Why you want a gun that can’t shoot, you tryna scare a nigga?
Known you for a minute, bro, you ain’t the type to spare a nigga”
I’m like, “Bro, you want the bread or not?”, and he nodded
He tossed two guns, he said, “That one right there a problem
And it’s compact, it’s gon’ go right in your pocket
Or put it on your hip and niggas ain’t gon’ know you got it
But the other one a fire, MPN ain’t even in it
If niggas get up on you and you up that, you finished
It ain’t gon’ shoot, even if you got bullets in it
That shit on the house, walk ’em home, handle your business”
Why get a gun that don’t shoot? I know y’all wanna know
Learned a lot in prison, main thing, watch who you call your bro
Give him the strap, count the check, see if he up the pole
I got it as a trust test, but nigga, movin’ on
Before I got locked up, I had a crib
My mama came through for me, she kept up on the bills
I’m comfortable there, these niggas don’t know where I live
Gotta get some rest, freshin’ up, it’s time to take it in
Next day, I’m watchin’ the news, Channel 7
Waitin’ on action, I’m tryna see who went to heaven
They talkin’ ’bout old girl who got hit in her head
But what the fuck they mean “Wounded”? Nigga, she dead
The next part they said, I got sicker as I listened
This shit wicked, they just said this bitch in critical condition
She still got her life, my nigga, I gotta end it
I’m racin’ to the ‘spital, man, this bitch a known witness
Replayin’ the event in my head, how she alive?
But real shit, if it ain’t your time, it ain’t your time
I know niggas that got shot like twenty times and survived
And niggas that caught one leg shot and end up dyin’
I get to the ‘spital, fake tears, like I’m hurtin’
I hit the front desk like, “Where is Shila? I’m her brother”
The nurse like, “She up the hall, you just missed y’all mother
And since you her brother, you don’t have to wait with the others”
I go up the hall, she talkin’ to a detective
My whole heart drop, I get to clutchin’ on my ratchet
The cop turned around like, “Sir, give us a second”
It’s weird though, ’cause she lookin’ at me and ain’t panic
I walk in, trigger finger start itchin’ instantly
Hope this cop ready for the shootout of the century
The doctor walk in, I ain’t trippin’, I guess I’m killin’ three
Told her “She got brain damage, she lost all memory”

This is the end of Robbery Part 4 Lyrics. If you find any mistake in the lyrics of this song, then let us known by filling the Contact Us form with correct Lyrics. 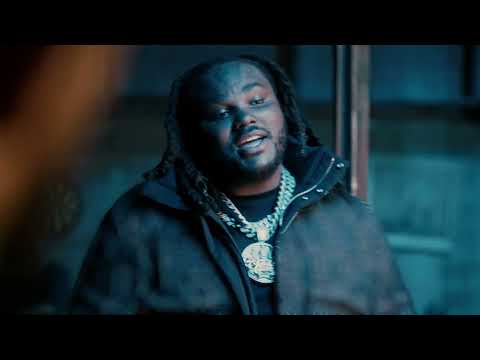 Who sang the song “Robbery Part 4”?

Who wrote the lyrics of the “Robbery Part 4” song?

“Tee Grizzley & Helluva Beats” has written the lyrics for the song “Robbery Part 4”.

Who gave the music for the “Robbery Part 4” song?

“Tee Grizzley & Helluva Beats” has composed the music for the song “Robbery Part 4”.

When was the song “Robbery Part 4” released?