[Verse 1]
I been in that war, and I ain’t safe
My dawg just been in trial, and lost the case
Couple days before I was poppin’ berries at [?]
I ain’t walk up on his casket, when it’s up
I don’t want that to be the last time I seen his face (Damn)
When I seen my tear fall, I ain’t cry in a while, but I seen blood (Blood)
Man it’s feelin’ deep, we ain’t lose connects so we ain’t talk, but that’s my thug (My nigga)
Why I felt his soul when I was huggin’ her tight, when I gave his momma a hug (Come here)
I’m still mad, tryna rekindle the flame, but you know it’s still love

[Chorus]
I’m tryin’, but it’s only so much that a nigga can take
Inside I’m dyin’, everyday feel like my last, in the morning I won’t be awake

[Verse 2]
Poured all my love in trying to make this mountain move (Mountain move)
I still be trying even though I know it’s impossible
How could I be so foolish for believing in love? (Believing in love)
You know, just live in the moments I got, and this time ain’t enough
When [?] lost federal trial, it got my head spinnin’ (Head spinnin’)
Grandma asked me when was I in peace, I said it’s been a minute
They said I beat the streets, but I promise it don’t seem like I’m winning (It don’t seem like I’m winning)
God keep a close eye on me, know how I get when I’m healin’ (Know how I get)
Know how it get when I’m dealin, suicidal thoughts, I been trippin’ (Trippin’)
I been out of touch with my feelings, emotionally scarred, but I’m willin’
They say I’m weird ’cause I’m different, I still won’t change with these millions
I cry a pain ’cause I feel it, they ain’t say bad news but I hear it

[Chorus]
I’m tryin’, but it’s only so much that a nigga can take
Inside I’m dyin’, everyday feel like my last, in the morning I won’t be awake (Ayy)

[Verse 3]
I be trying to move my feet but my heart just got me stuck (I’m stuck)
When I started to see they care, that’s when they showed me they don’t give a fuck (I see it)
When I love, my heart start beating, I can’t let you in easy
Why should I be the one to stay, when I know you gon’ leave? (Know you gon’ leave)
[?] wanted me to talk at Jay funeral (I couldn’t)
But I was tryna stay strong, even though I was vulnerable (Still hurtin’)
I had [?] before, but I lost him two times (Lost him two times)
We wasn’t on good times before he died, I wished I called his line (Shoulda called him)
The shit that we was fighting over, we coulda gotta got over it (Coulda gotta over it)
Had our differences since 2019, but nobody noticed it
I still loved you like my brother, I hoped you know it (I hope you know it, nigga)
Embracin’ my feelings like a poet (Like a poet)
I just seen the Devil flash red cross my eyes
My dreams are seen in shovel, bury me alive
All your friends, yeah, yeah, all my brothers died (All my friends dead)
Baby I need you, yeah just right here by my side (Hold me tight)
Feel like bad luck is me, feel like I’m cursed (Feel like I’m cursed)
I know everybody go through shit, but I go through the worst (I feel that)
Hurt people hurt people, I lied when I said I believe him (I lied)
I wouldn’t be surprised that outta the blue, my heart stopped beating
I showed him my weakness

[Chorus]
I’m tryin’, but it’s only so much that a nigga can take
Inside I’m dyin’, everyday feel like my last, in the morning I won’t be awake (Ayy)

This is the end of Rekindle 23 Lyrics. If you find any mistake in the lyrics of this song, then let us known by filling the Contact Us form with correct Lyrics. 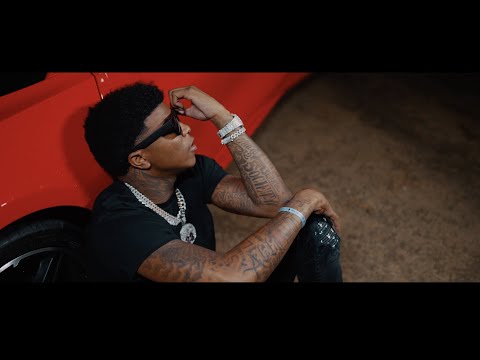 Who wrote the lyrics of the “Rekindle 23” song?

“Yungeen Ace” has written the lyrics for the song “Rekindle 23”.

Who gave the music for the “Rekindle 23” song?

“Yungeen Ace” has composed the music for the song “Rekindle 23”.

When was the song “Rekindle 23” released?