Icewear Vezzo – It’s All on U Song Details

Icewear Vezzo – It’s All on U Lyrics

[Verse 1: Icewear Vezzo]
Yeah, never let them pussy niggas play me
Put that on my baby, Forgis on a Maybach truck, it cost two-eighty
Richer than them niggas that be hatin’
Shooters like McGrady in Kentucky, with that fetti goin’ crazy, huh
Stick tucked, I let my chain hang

Rich and gang bang
Leave a fifty in this bitch to rain in, huh
Bustin’ shit, don’t wear no Plain Jane
Hundred-thousand dollar Rollie, Scottdale, an AP on the same hand
You with the opps, that mean you ain’t my mans
You movin’ like the cops, can’t take a chance, thirty-thousand in my pants

Yeah, dog shit in my pockets, where your bands?
Hit the show with thirty hitters
I’m with Cudi, he’ll blick before he land
Cash it all the time, don’t wait for shit
Twenty chains, crazy kid
Rich nigga, I can’t fuck no basic bitch
You never been no boss, you drankin’ tris
You never been no shooter, you’s a bitch

Quay Quay with me, he got stick, huh
Pour the Wocky up and drop a six
Icy than a bitch, put my city on the map, we in the mix
I been slimin’ shit out since a jit
Cuban cost two bricks
We got all them thirsty hoes takin’ pics
You wanna sign me? Yellin’ out three mill’

Tweakin’ in this bitch, just popped a pill
Gang ‘nem yellin’ out, “Free Kill”
Yeah, fuck a record label, we too real
Fuck award shows, we in the field
Shoot that chopper like I’m skilled, nigga

[Verse 2: Kodak Black]
I love my lil’ bean ’cause she real
She want me at my best but love me at my worst, still
I can’t let ’em kill Bill
I keep three Glocks and a stick
One regular, one got a dick
One of ’em fully, with a fifty and a switch

A nigga diss, his ass better stay focused
Nowadays, the real niggas be doin’ a lot of ho shit
Yeah, you know me, I’m on my zone shit
My niggas don’t speak english
All they know is when we pull up, hop out, squeeze and
I’m fuckin’ demonin’ him

Bullets miss, I’m immortal
And I’m bossin’ up, I got the ‘Rari truck on pre-order
The fifty for the Richard Mill’, I ain’t even see a quarter
I need my twenty-five, where I reside, these niggas down shorter
I got expensive taste
I’m drankin’ Wock’, I scrape

Takin’ zaza to the face, on a private jet in either state
They see they down for me but really fakin’
Ain’t one to help, put on my shoes, man, I couldn’t tie my laces (Yeah)
Like John Gotti, beat a thousand cases

We keepin’ people straight, they doin’ voodoo way in Haiti
I’ma speak my mind every time, I don’t care how you take it
I keep it real, and for that all the real, niggas embrace me
Jumped off the tour bus and all the bitches start to chase me
But then my pockets start spreadin’, I big faced it
The cheese, the cheese done got me beefin’ with my lady
She pulled up to the ugly corner, jumped out, tryna mace me
(Beat Gang)

This is the end of It’s All on U Lyrics. If you find any mistake in the lyrics of this song, then let us known by filling the Contact Us form with correct Lyrics.

Icewear Vezzo – It’s All on U Video 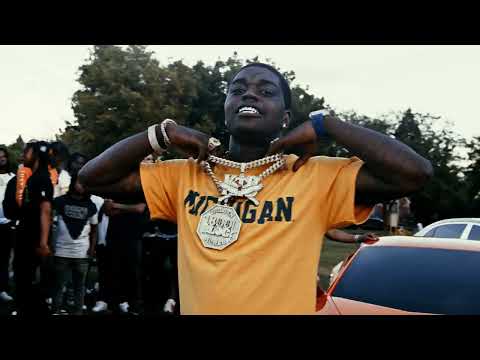 “It’s All on U” is sung by “Icewear Vezzo and Kodak Black”.

Who wrote the lyrics of the “It’s All on U” song?

“Icewear Vezzo, Kodak Black & Antt Beatz” has written the lyrics for the song “It’s All on U”.

Who is the Producer of the “It’s All on U” song?

“It’s All on U” song is produced by Antt Beatz.

When was the song “It’s All on U” released?