[Intro]
And that mula’s in this shit, man
I never had no dope like that before in my life, man
That’s the heaviest shit I ever smoked, man
I mean, I smoked a lot of shit before, man
But goddamn, that’s heavy shit
And you okay
I can’t breathe
Listen, man
I can’t breathe, man

[Verse]
Tears fallin’ down my bitch face
Now she forever tryna show me how that shit takes
Ain’t really been droppin’, I been tryna get my shit straight
Had to sell my prices, twenty mil’ for every mixtape
Partyin’ every night, don’t do it for me, I’m tryna get cake
Level up, fillin’ hundreds up all in my big safe
I said enough, I’ll say it again, I’m tryna wet him up
Thinkin’ with his dick, I’m gettin’ a pretty bitch to set him up
It’s better them, then better us, it’s never them, forever us
And every M I ever touched, I multiplied it, doubled up
I know life math shit, I divide to see my brother up
Some got in they feelings deep inside but never’ll bring it up
And all that do is fuck shit up
I told niggas that these hoes ain’t got no love for us
I told niggas that these rappers don’t really fuck with us
The wave is all they want from us, like it’s made for only one of us
I’m straight on all that other stuff, for real
I know hangin’ deep off in the trenches get me killed
But I get a rush from it, know the way it feel
Hangin’ around the vultures, knowin’ this Richard cost a mil’
Hold up, let me take the wheel
Said I’d pay the cost to be the boss, so I expect to pay the bill
Should I expect to do some favors? But I expect to keep it real
And I’m expectin’ ’em to hate me, way I shine this shit, for real
But I ain’t respectin’ niggas, fallin’ ’bout no money or no girls
I’m givin’ bad bitches spaces, I got money out this world
And I be shinin’ like a star, on top of that, they know I’m thorough
My niggas locked behind the walls, on top of that, I’m payin’ bills
And paintin’ pills for all my niggas that got life inside them cells
And I will, I’m breakin’ bread with billi’ boys, they know my heart is pure
You reach and I start drawin’, ’cause I know the art of war
I know that they ain’t on the shit we on and that’s for sure
I’m knowin’ that for sure
You ain’t talkin’ ’bout no money when you talkin’, I’m like, “What you talkin’ for?”
When them new Benzes had dropped, me and Chino had bought two more
Got the whole city poppin’, from Philly to Baltimore
I really should talk some more, motivation for all of y’all
Label callin’ on the line and I know what they callin’ for
They callin’ ’bout them Ms, ’bout them losses, them wins
I can show you how to make a boss out your mans
Turn your car to a Benz, but it’ll cost you your friends
They be waitin’ on your downfall, if you fall, that’s the end
But if you win, they come around more and all make amends
I seen, cross my heart, hope to die, fuck niggas, I mean
Hundred shooters, I survived, beat the streets on the jeans
Livin’ life on the edge
Shorty said I’m livin’, like a price on my head
Got the pipe out of bed, I’m tryna get a nigga right from what he did
I’m tryna take a nigga life from what he said, too many nights from seein’ red
Too many, too many nights from seein’ red

This is the end of Early Mornings Lyrics. If you find any mistake in the lyrics of this song, then let us known by filling the Contact Us form with correct Lyrics. 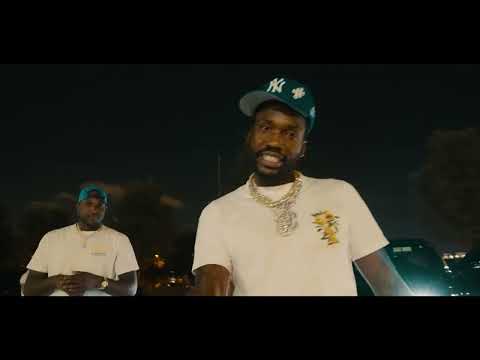 Who sang the song “Early Mornings”?

Who wrote the lyrics of the “Early Mornings” song?

“Meek Mill” has written the lyrics for the song “Early Mornings”.

Who gave the music for the “Early Mornings” song?

“Meek Mill” has composed the music for the song “Early Mornings”.

When was the song “Early Mornings” released?